Percy & Ferdie aka The Hallroom Boys began life as a comic strip created by H.A. MacGill in 1904.  Percy and Ferdie shared a room in a boarding house.  The room is called the “hall-room” meaning it was located in the middle of the house and not one of the corner rooms.  As such it would have been one of the cheapest rooms in the house.  Percy and Ferdie were constantly pretending to be upper crust, crashing parties, attempting to make it big etc.  They almost always get exposed as frauds.

The comic strip became very popular very fast and by October 1905 the first vaudeville performances depicting the two characters were being performed.  William Clifton and Tom Whiffen were the first to bring the characters to vaudeville.  From the Washington Post 9/25/1906:

THE BOYS HUNT TROUBLE.
Ferdie and Percy, Right Out of a Paper, Get What's Coming to Them. "The Hall Room Boys-," a. bright musical burlesque, entertained a large audience at the Majestic last night. The book and lyrics are by Joseph B Totten, music by Alexander Spencer, and the production is under the auspices of John V. Mitchell. The Inspiration for the story is drawn from a series of humorous pictures lately appearing In a New York paper. The dominant feature of the comedy is travesty. Miss Louise Mink, as Daphne Spondulix, is the central woman of the production. She has a pleasing stage presence, and uses a good contralto voice effect.  The chief comedy roles were filled by Messrs. Tom Whiffen and William Clifton, as the irrepressible ribbon measurers, who introduce plenty of lively and broad comedy, eked out with topical and characteristic songs.


In 1919 when William (Smiling Bill) Parsons, President of National Film Company, bought the film rights to the Hallroom Boys that they got their own series.  He hired Edward Flanagan and Neely Edwards who had a successful vaudeville act going on as Percy and Ferdie.  Flanagan and Edwards brought their own props and costumes to the production.  They portrayed Percy and Ferdie in numerous films during 1919 including The Chicken Hunters and Taming the West which also had Hugh Fay, Harry McCoy and Sid Smith in the cast.   The films were released on a “States Rights” basis.   The Cohn brothers, who had just left Universal, and who would later found Columbia Pictures, were involved in the distributions of the films from New York.
​     Flanagan and Edwards split up their partnership in late 1919/early 1920.   About the same time Smiling Bill died leaving the National Films in some turmoil.  This could easily have spelt the demise of the Hallroom Boys series but the Cohn Brothers set up their own production company called appropriately Hallroom Boys Comedies, and convinced Neely Edwards to stay on as Ferdie and work with Hugh Fay as Percy.  The Cohn brothers with their friend Joe Brandt of National Films set up C.B.C. (Cohn, Brandt, Cohn) Film Sales Corp, which in 1924 would be renamed Columbia Pictures, to handle the distribution of the films.  The Cohns reportedly were budgeting $9,000 per film and were surprised that the quality wasn’t up to the standards they expected.  Apparently the director was only spending $1,500 per film and pocketing the rest.  Harry Cohn quickly left for Hollywood and personally supervised the productions after that. 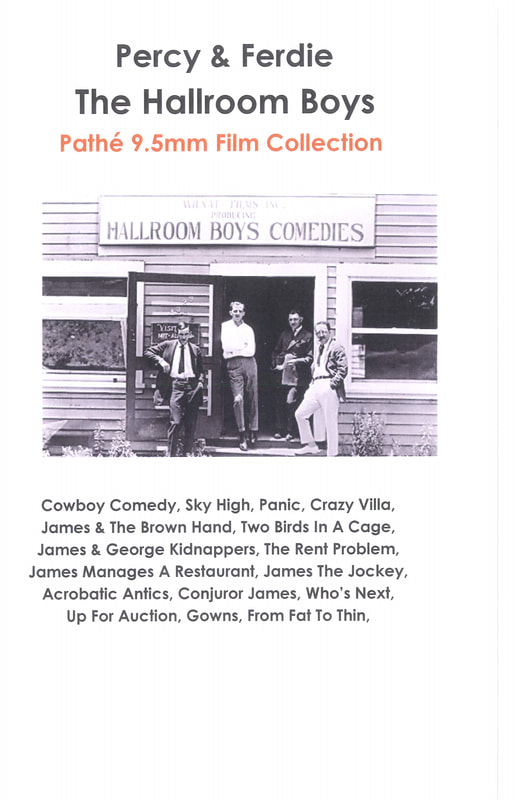